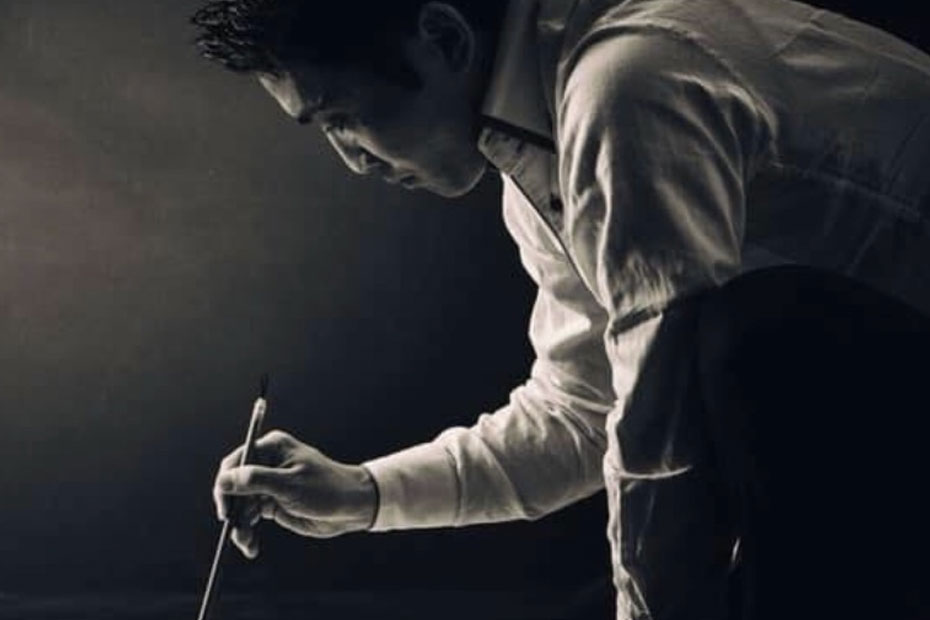 If I remember correctly, my first encounter with calligraphy was when I was around 5 years old. by Aki Tsuchiya