The reason behind this was in 2015, when I experienced something that made me think deeply about “living”.

If the hourglass of my life was running out of time, what did I really want to do? What would I regret not doing? The answer I got when I asked my heart such questions was that I stopped drawing pictures that I have drawn since I was little.

My only regret was that I stopped drawing for various reasons and was unable to fulfill the childhood promise to myself to live in the world of painting that I had so much passion for.

The people around me were worried when I told them that I would live as an artist from now on. The road ahead is too steep. Analog artworks may be outdated. They were expected reactions.

I started to strongly wish to live by doing what I love more with the time I have left.

The feeling of the brush I picked up after a long time was rustier than I had imagined. When I was a kid, I used to draw at home and recognized the significance of my existence by drawing. The adults around me were happy with my accomplishments when I won awards or appeared in the newspaper. I may have drawn just to be loved.

Even if it was little by little, I continued to draw everyday until I was able to draw on a satisfactory level again.

A designer from NY messaged me through social media. You stopped drawing for a long time? I was told to never neglect drawing from now on. Along with the feeling of being exposed, I remember feeling a powerful energy boiling up within me as I told myself that I will continue drawing from now on.

Not only myself, but when people ask themselves what they really want to do, I think people often give up for various reasons. Rather than just living with a lid on your true feelings, I choose the path to live happily with the remaining time.

My current theme is cats and flowers. The reasons being that I find their existence fascinating and I just simply like them. I am whimsical, so the theme may change again. And what I want to convey in my artworks are that plants and animals, like humans, have life and are very precious. I recently learned about nature, and have been feeling as if nature is more important than people. Since I chose to draw, I still want to draw everyday. I have been drawing with the time I have between uploads on social media.

Even when I am careful about my daily health, diet, and sleeping habits, there are days when I can draw well and days when I cannot. I draw while thinking that since I used to draw oil paintings for a long time, when I express using watercolors or pens, the level of passion decreases and may become visible to the human eye.

I have been praised for my photographs in the past, but I somehow have a feeling that I should not touch upon that field because my late brother was a photographer.

I have zero knowledge and skill in photography, and saw the works of photographers from all over the world at bookstores and Instagram, and have decided that this was not a world where I could compete. However, I have been hoping to shoot my favorite medium as an iPhone photographer, and have decided to use plants and animals as subjects and leave as a work. 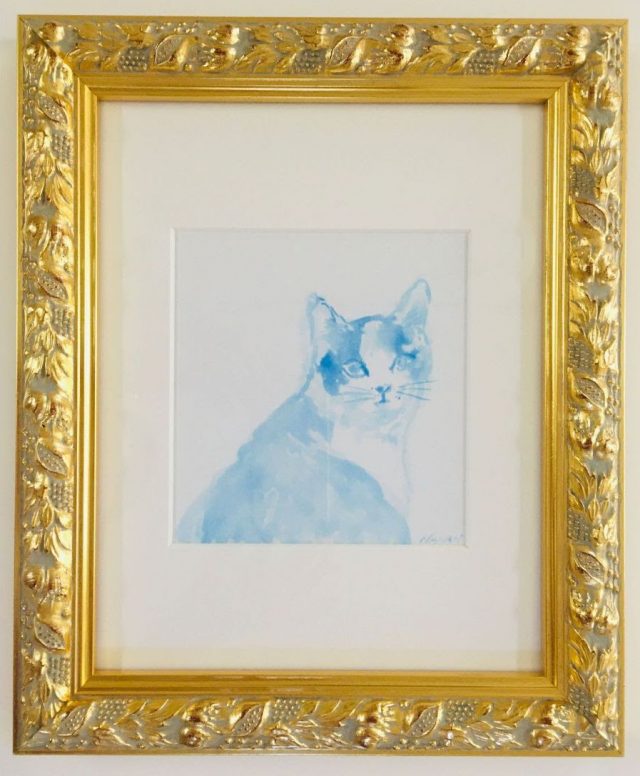 Since I draw a lot at home and spend less time outside, going out for the purpose of taking pictures has been a refreshing experience. Currently, I can only take pictures nearby, but after the world calms down, I have the strong desire to go to various flower locations in Japan.

In the beginning, drawing again and taking iPhone photos of plants, may have been to make me feel better. However, as I continued to draw, I now have a strong feeling of wanting to reach someone. When drawing became a daily routine and I began to enjoy myself as if I was seeing some light, a longtime friend asked me how are you doing? She told me that I seemed brighter. I did not realize it myself, but I would be happy if the feeling of trying to live positively is showing on the outside. Maybe even after losing something, continuing to live while interacting with people is what social animals do.

I feel that nature already expresses perfect beauty, but I am convinced that people are wonderful beings, who create things, words, music, entertainment, sports, art, and so on, which they share their enjoyment in.
I am beyond thankful for being able to do my dream job as an artist.

My number one goal is to continue for a long time. In my 20s, I named my email address nanan~ and I remember my grandfather, who was a translator during his lifetime, praising the name very much. I decided to continue my art activities with the name, nanan.

If those who have lost something, such as hope to live, somehow get to know about my art activities, I hope they can feel free to live comfortably and happily.