I was born in an area in Japan called Shiga Prefecture, which is a nature-rich country town. My grandfather was fond of poetry, literature, and philosophy. My father was an art teacher at a high school, and while he taught art, he continued to pursue his professional field of Japanese painting. My mother was a vocalist and taught music in a university. Likeso, I was raised in an environment surrounded by nature and art.

I was a bit of an odd child. There were times when my conscientiousness entered a meditative state, and the world I saw became blurry. I remember getting scared from time to time. I also had a sense of unity with the visible world, and believed that everything was manifested by god. I thought this world was full of profound mysteries, but my days were filled with a feeling of bliss. However, such unique senses disappeared as I entered school and before I knew it, I was thinking that “god does not exist.” I became a materialistic human being.

After entering my local high school, I was beginning to get sick and tired of the Japanese educational system, and hardly studied. Moving onto university was not a choice for me, as I was barely able to graduate high school. After graduating, however, I was faced with a difficult question: “How should I live?”

For the time being, I decided to get out of my country town and start living in Kyoto. Getting hired at a company was not in my mind, and I made a living off of different day-laborer jobs. Yet, no matter how much I work for the time being, I was unsatisfied. At the end of every day, I asked myself, “why am I living?” It was a feeling of regret, similar to giving up, and only frustration was building.

Eventually, when the sun went down, my days were spent drinking my way around the red light district. I met a lot of street performers during my time there. When I saw them perform, I was shocked to the core. I felt the freedom and the lively motion of life. I soon became close with these musicians and I spent every night in the town, singing with them until the morning sun rose. From there, I also became close to some artists and would visit their live performances and exhibitions. I lived like this for a year, but started feeling a sense of emptiness. “I want to know the truth.” Such thoughts began to boil within me, and the frustration started building up again. Around the same time, a musician friend had just come back from a trip to Nepal, and was telling me all the wonderful stories from his trip with glistening eyes. Listening to his stories gave me an impulsive urge, and I was on my way to Nepal the next week. I was 19. 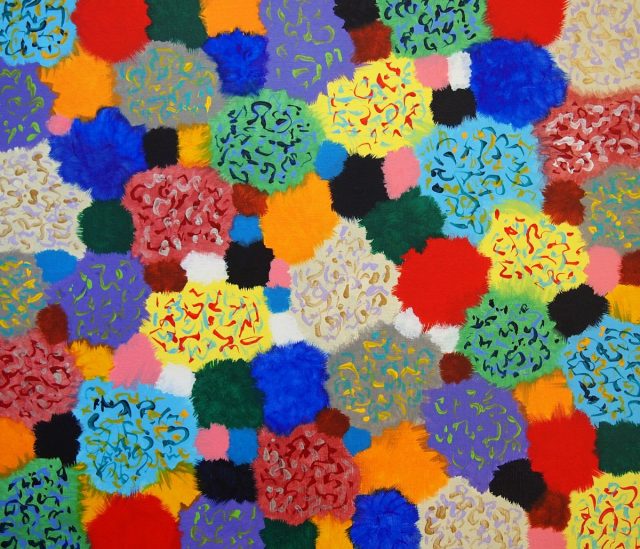 Nepal was full of nature and rustic countryside, which gave me peace. However, I strongly desired to know “the truth,” and so I visited a temple, which was said to be a sacred place, and talked with the yogis (yoga practitioners). One day, I was suddenly encountered with a mystical experience, which I later learned was the “Kundalini Sublimation.” My consciousness surpassed duality and became one with god. My materialistic consciousness returned back to its younger state, where I found god again. I once again understood that the soul is forever, and everything that can be seen is manifested by god. I was wrapped by a feeling of bliss, and the passing clouds were colored in rainbows. “I am enlightened!” I was ecstatic and immediately returned back to Japan. However, from there, I face even more difficulties. The feeling of bliss disappeared within 3 weeks, and I returned to the “normal” conscious state, where I felt the pain and the struggle. Yet, the enlightenment I felt in Nepal was still there. Therefore, I was living in this world while awake. “How am I supposed to live in this undeveloped society?” I was confused, and became severely depressed from the excessive stress and was unable to get out of bed.

After every despair, I got up after 1 and a half years, and while doing rehab, an urge started rising up. “I want to prove that I am still alive.” It was a strong feeling. Dragging my heavy body, I spent everyday drawing pictures, taking photos, and writing words. I wanted to express my existence in any way possible.

After that, I joined a group exhibition in my hometown, Shiga, and opened a solo exhibition, published photobooks, autobiographies, short stories, and essays. Since then, my place for activities has expanded from within Japan to the world.

Currently, I am not only expressing myself through art, but also constantly seeking world peace. My artworks, be it a painting or a literary work, provide love, awareness, and blessing to someone. The things that I can do are limited, but I would like as many people as possible to act upon the basis of love. I hope in this era of great transformation, the Earth will safely shift to paradise, and the day will come when all humankind in the world can laugh together.