I was born in 1917 in Tokyo, but lived for a few years in Los Angeles for my father’s job. by MIHO 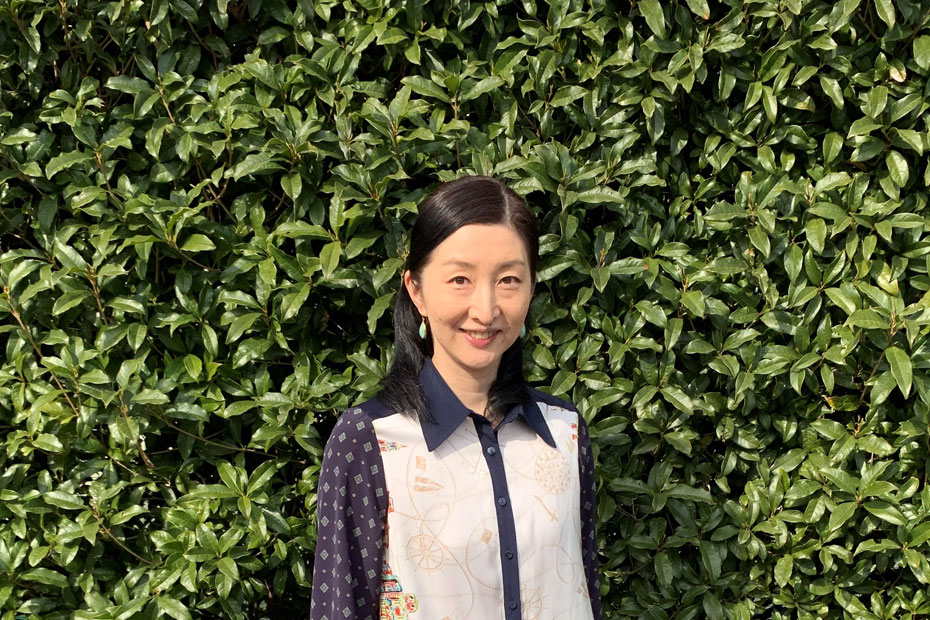 I was born in 1917 in Tokyo, but lived for a few years in Los Angeles for my father’s job. Now that I think about it, I realized that my foundations were built during my time in LA. Before Disneyland existed in Japan, I went to it for the first time and thought, “what is all of this!” Like in those shoujo mangas, stars were sparkling from my eyes! The first Star Wars movie I saw in Hollywood shook me to the core and left me speechless! Since then, I have been looking up at the sky and wondering, “are there any spaceships flying around?”

One day, while I was on the car ride to Las Vegas and listening to Sunday Night Fever (very popular at the time!) with my family, I thought I saw a glimpse of a big disk-shaped object in the sky from the back seat window. I thought “it’s finally here!” and exclaimed to my family, “Look, a UFO!” Of course, no one believed me. “Was that my imagination? No, I think that was real!” It is now just one of the mysterious experiences in my life. Maybe I was able to see it because I wanted to.

Anyways, I enjoyed life, lived freely and had fun spending time at home and at school using my 100 colored crayons to draw my imaginations. I was a typical kid, only doing things I loved and wanted to do and never doing things I was not interested in. I was also exposed to a lot of movies and music while I drew because of my movie and jazz-loving father. I had a very fluffy personality and my feet never touched the ground.

After that, I returned home to Japan and my carefree life suddenly changed. The strict guidelines and restrictions of schools felt like a prison and it was hard for me to get used to. What shocked me the most, however, was the inexistence of 100 colored crayons in Japan. I was only able to find the 36 colored ones! I was slightly disappointed, but I still enjoyed drawing. Yet, as I grew older, I naturally began focusing more on my education. I was, however, still able to enjoy studying. If I’m going to do it, I might as well have fun!

When I was in middle school, I liked watching movies and seeing Takarazuka stages. I was particularly interested in Takarazuka shows and in the second year of high school, I decided to try out for the school. It might have been a reckless decision, but when I make up my mind, I immediately go with it, so for the next year I trained for singing and dancing. Luckily, I was able to pass and so I entered the world of Takarazuka.

It was definitely harder than I thought. Even so, I did not forget my policy of having fun. The days I spent with everyone, sweating and building a stage was a tough one, but in the end, it was a wonderful time! It was because the guests who saw the stage left happy. Being able to work as a team to bring dreams and happiness from the stage, was a precious and happy moment for me. 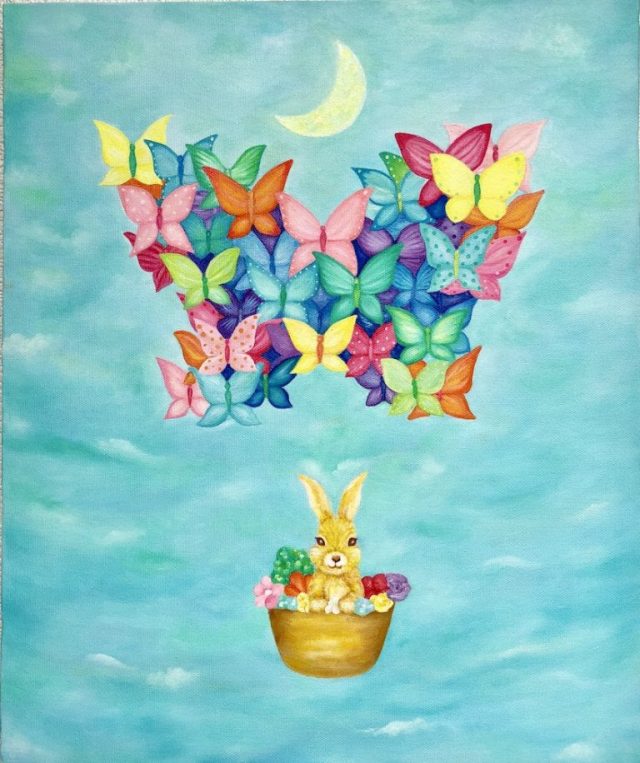 What I want to portray through my art, may be the same as this stage. After all, small happinesses will collectively become big happinesses, and increasing such small happinesses in everyone’s life, ultimately leads to world peace. I always think, “it would be awesome if everyone does what they love and have fun in the world!”

I eventually got married and had a daughter. As soon as she started preschool, I spent more days drawing with her. Doing so made me remember my childhood and so I began drawing more. I joined charity exhibitions and drew friend’s pets and had fun with art.

One day, however, a sudden loss of the beloved family dog of 18 years, caused my family to lose all motivation and fall into deep sorrow. I knew my dog was also in deep sadness, so with my gratitude and wish, I drew my dog happy in heaven. It gradually helped me heal and my family got better little by little. I realized that art has the power to heal and cheer people up. I entered the artwork to a publicly sponsored exhibition and was selected for a prize. From there, I began wanting more people to look at my artworks.

I always go straight for what I want, when I have a dream or a goal. It did not matter what anyone said. I am the one doing it. I would like to continue telling my daughter to always have a dream, regardless of age. I would like to thank my husband, who is always there to cheer me on. What a wonderful world it would be, if I create a world full of love through my artworks that portray healing, dreams, and happiness. Have a big dream, and enjoy life! Thank you for taking your time to read my whole story!

“Your single word/review can change an artist’s life.” Cancel reply