It never really crossed my mind when I was little, but I grew up in a slightly unusual place: a temple

People would come and go from morning till night

I believe people often stick around with others who have similar conditions, such as lifestyles, work, and school. However, the temple, in a sense, is a place where such things are removed. To explain this more, it relates to history and origins, and is a world where unaffected life and death are exposed. Especially because the invisible world is moving on an axis, light and dark are clear, while still being vague.

Here, appearance, numbers, and experience as a shape are not important. A place that is connected on a deeper level that one does not usually touch upon.

Like the principles of Yin and Yang, there exists a profound silence behind the light and bright surface… in such a slightly mysterious environment, I felt that what I was aware of was only a small part. Lots of things that I seem to know, but do not understand.

I was filled with an undescribable sense of restriction and a trapped feeling. During my adolescence, when I just entered middle school, such thoughts became more intense, and I started having difficulties in communicating. As a result, I became unwell and was unable to attend school for a period of time.

Unable to smile easily, I felt a big difference between those around me. I started losing my place to stop, have silence, and have darkness.

What saved me from this, was the art of diverse souls. I listened to rock, ethnic music, heavy metal, and classical music, and watched movies that I came upon. Even with things that I thought were taboo, I was struck by the appearance of artists who expressed and shared such thoughts and I deeply respected them. Various ways of expressing, various cries of the souls.

The fact that I can now be involved in art and express myself in this way is because of the big foundation and connection I created at the time.

There are failures and setbacks, but there are things that can only be noticed if one faces these, and dig deeper into the matter. Ultimately, doing so undeniably fertilizes one’s future life. 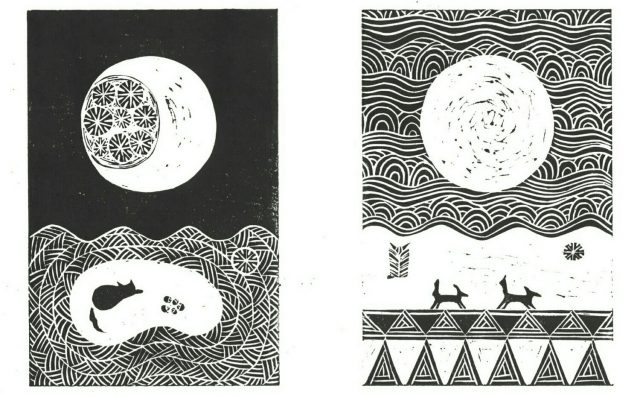