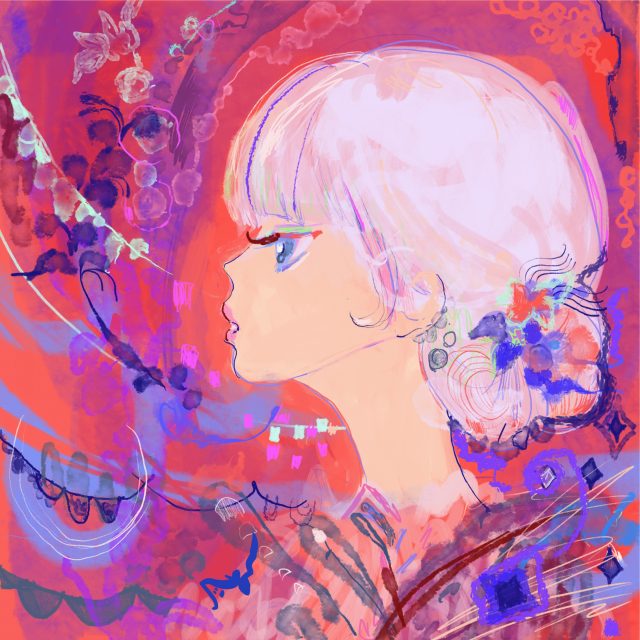 Digital art
After ordering, please give time for paper and panel processing
*Please note that because it is digital, there may be a difference in color on the screen

Let me tell you a story about a little girl.

She was born and raised in a small town in Ibaraki Prefecture, where green rice fields stretched beyond the horizon. The little girl loved to draw. Her parents always left a pen and paper in the kid’s room. Instead of playing with real dolls, she loved to play with art dolls. The number of dresses were limited when it came to playing with real dolls.

However, she was able to draw her favorite characters and make up lines when she played with her art dolls. Different dresses and different hairstyles, the possibilities were endless. She was able to be who she wanted to be on paper. The little girl played art with her younger sisters everyday. They were very lively and fun times.

All the time spent on drawing, however, made her dislike physical activities. Because of this, school sports days were accompanied with feelings of melancholy. The little girl eventually became a woman and entered Tokyo Designer Gakuin College to study graphic design.

In school, instead of learning about the designs for commercial-use, she loved her picture book class because she was able to draw her own artworks. The woman entered an advertising company after graduation. However, it did not last long.

It was an exploitative (sweatshop-type employment) company. Missing the last train everyday, the girl would spend the night sleeping under her desk. Somewhere in the back of her mind, she felt the subtle dissatisfaction, as she realized that she wanted to obtain a position involving drawing, but instead was working as a designer.

Around the same time, the death of her father and her mother’s call for help, gave her the opportunity to quit her job and start helping the family business.

After a few years, an incident occurred. An argument over a mother wanting her daughter to take over the business, and a daughter not wanting to, led the woman to leave her childhood home and start living in Tokyo. In order to be able to eat, she started working as a temporary office worker.

One day, the woman decided to take a croquis (quick, fast sketch) night course at Setsu Mode Seminar. After work, she would go and draw several croquis. It was a very fun time for her.

One day, the woman built up her courage and went to a gallery in Aoyama, where she brought her scrap files. Her heart pounding out of her chest, she showed the artwork files to the owner. The owner carefully observed each individual artwork. The owner closed the file, looked her straight in the eye, and said, “I would love for you to hold an exhibition here.”

She eventually started receiving small art jobs. She handled these jobs while still working as an office worker, so she never got enough sleep.  When she saw her artworks, however, she was overwhelmed with joy. Around the same time, she was offered a full time position at her company

Her immediate boss at the time told her that she would need to quit drawing if she were to take upon the position. 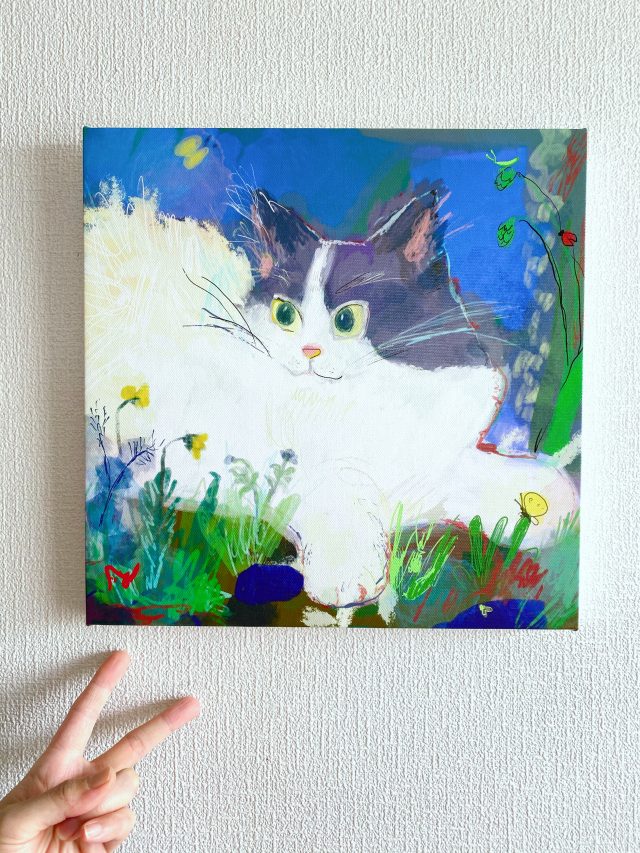 Digital art
After ordering, output on paper and panel processing
*Because it is digital, there may be a difference in color on the screen
Please note that you may see some

The woman struggled to decide.

Living alone in the city, she would not be able to live off of art. She chose the full time position for its stable income.  From there, she continued her monotonous office work.

When the woman introduced herself, she would always say the same thing. “I am the OL (office lady) with the dead fish eyes.” It always made her friends laugh.

Did she choose the wrong path in life…? Soon after, she meets a sales seminar lecturer, who eventually becomes her life master.  For some reason, this teacher was very interesting,

And it made the woman’s dead fish eyes sparkle. Years later, she joined this lecturer’s sales seminar. Even though her job was unrelated to the topic, she had no doubt that a lecture from this teacher would be interesting.

It was just a feeling. The woman’s intuition was correct. There, she was inspired by the mindset and influences of other students, and the woman began wanting to present her artworks to the world again.

One day, the woman came upon an iPad at the Apple Store. She started doodling with the pen attached to the sample. She drew lines on a white screen and colored it in.

That night, the girl wrote in her planner, “I will buy an iPad by the end of this year.” A few days later, she comes across a social media post about selling an iPad that was no longer in use. It was a bigger iPad, and excellent for drawing. The woman quickly raised her hand and successfully obtained the iPad. The woman began her challenge to draw on the iPad.

You may have already figured it out, but this woman is myself. As if I released all my contained desire to draw, I began posting my artworks everyday.

A few months later, I received an offer to draw a CD cover.
A month after that, I received an opportunity to draw a picture book, which I am currently working on. JCAT reached out to me when I posted an Amabie artwork.

I am now able to present my artwork to art lovers around the world. Some people have also told me that they would like to buy my artwork.

I believe ART in our daily lives has the magical power to bring peace, make hearts flutter, and give a little chuckle to those who see it.

I would like to continue creating art that moves the hearts of people around the world. 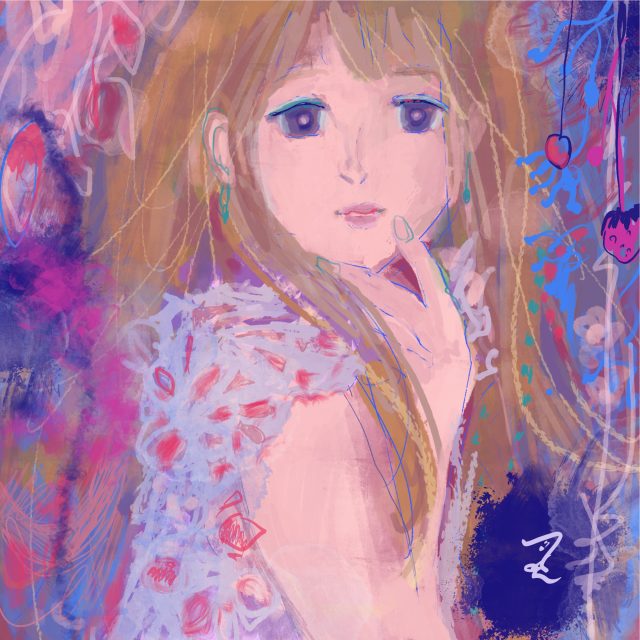 Digital art
After ordering, output on paper and panel processing
*Because it is digital, there may be a difference in color on the screen
Please note that you may see some