We live in a world, where a beautiful harmony is born when each person lets their colors shine. Through my colors, I would like you to see your colors.

This is the message I want to tell the world through my art.

I am currently drawing whatever I want, whenever I want and living the happiest moments of my life. However, I did not always choose art.  I made a lot of detours on my long path-of-life, and at the end of the road was the world I am living in now.  I would like to tell my story. Born and raised in Kobe, I was a child that loved imagination, art, and anything beautiful.  I especially felt the happiest when I was drawing or creating something, So my dream was to become an artist or a designer.

However, I grew up surrounded by adults who had jobs unrelated to art.  Art was also labeled as a supplementary lesson under the Japanese education system. I soon realized that making a living from art was not realistic.  I needed to figure out what “realistic job” I wanted to do.

For my first job, I was a flight attendant. It was difficult, but it was an attractive job in a stimulating world.“I want to experience more things in different parts of the world!” That thought gave me the motivation to try every job that I wanted to do.  If I thought, “I want to be on the planning side,” I started up a venture company. If I thought, “I want to have experience as a ‘Office Lady’,” I worked at a trading company. Even when I thought, “I want to work beside something beautiful,” I worked at a wedding shop. From the outside, I was living life freely. However, my idea of freedom was not that. I started asking myself, “Is this the place I belong?” One day, when I was ignoring such inner thoughts, The company I was working for suddenly went bankrupt.  It was sad thing,  But it was a moment that encouraged me to be more passionate about life.

I faced my true self And decided to change the direction of my life to take the road of art, that I once gave up on. I moved from Kobe to Tokyo, and started working as a jeweler, which I was interested in at the time. During the day, I worked as a sales staff, and at night, I attended a jewelry school where I learned how to design and create jewelry art.  I was eventually able to secretly build my own brand, which I had always wanted to do. Using the rocks I like, I designed and created various pieces. It was something that shook me by the core with excitement. I knew I wanted to live in creation.

People began to buy my jewelry, leaving reviews and comments about how cute it was,but as soon as I started considering a full-scale business plan,  I was mandated to rest and stay in bed after having troubles with my pregnancy. I was able to escape a hospital stay, but moving and walking around would have caused the baby to come out,So I was bedridden and unable to make any jewelry. My jewelry career was finally on track, but my situation provoked panic and irritation within me.

However, when I was not able to do anything, A strong feeling of “I want to draw,” Poured out of me.  There were times when the same thought passed my mind, But I had been ignoring it because I was too busy.  However, this time was different. It was not like I had anything else to do. I have never attended an art school and have never learned how to draw.  I started by watching videos of other artists and practiced how to draw with their examples.  It was simply fun to do, and during that time, I felt a sense of liberation and security as my heart was freed. When I was physically unabled, I was mentally abled through art.

From that moment on, I drew the inspirations that came to me. To my amazement, people began asking me to draw more. I had no intentions, But there were many comments about, “It gives me a warm feeling,” “It calms me down.” The visions I drew from clearing my mind, Resonated with something in the person, and my artwork had communicated a special message to them.

I believe that art is not “a new encounter”, but rather “an encounter with something that was already there.” In the end, I came back to the “dream” that I had as a child.  Through my own life experiences, I believe that everyone is born to have a role in life and a path that makes them shine. I hope such a message or hint is communicated to those who look at my artworks.

I wish that when each person lets their colors shine, the world overflows with a beautiful harmony. 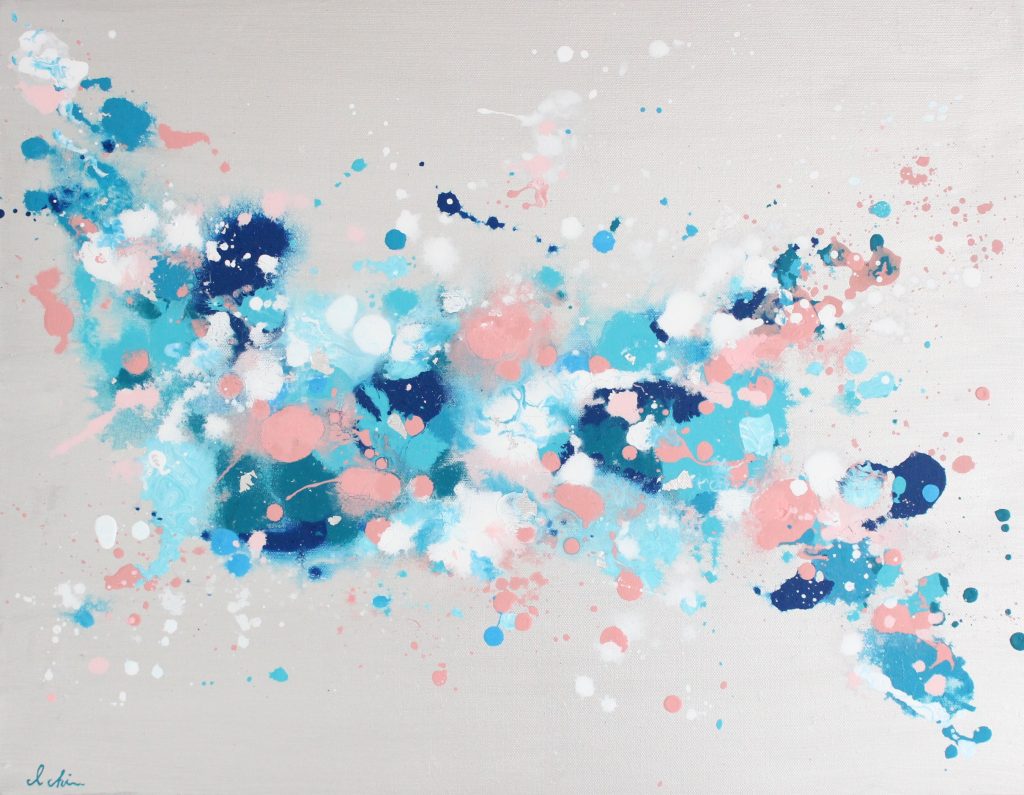 1 thought on “The World Overflows With A Beautiful Harmony. by ICHIHARU”